Never Underestimate the Power of Women, Music and Tacos!

What happens when three artists who have only interacted on social media get together and decide to play an unofficial SXSW showcase?  The Ladybeast Trifecta is born!! I was lucky enough to be a part of an event that affectionately became known as the Ladybeast Trifecta through my association with three talented artists who had only interacted with each other over social media.  I had worked with all three of them at different times after connecting through our weekly GoGirlsMusic.com Twitter chat.  (#ggchat)  Mary Bue, Alex Winters and Rorie Kelly were all talking to each other at various times before SXSW about setting up individual shows (Alex lives in Austin, so she had some insight)  This is an excellent example of how SXSW can benefit indie musicians who work with each other instead of "every (wo)man for themselves.

Rorie had been to SXSW last year and was planning to come back for 2015.  Mary and Alex were in communication about venues for Mary to play and she was able to set something up at The Waterloo Ice House.  In a rare happenstance for SXSW – she could use the time slot to book as she chose.  So Mary, being the lovely human that she is, decided to invite Alex to play along and through the POWER OF SOCIAL MEDIA…… Rorie got added to the bill and the Ladybeast Trifecta was born!! 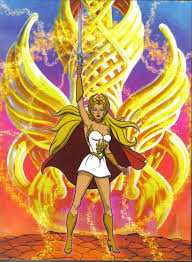 By the Power of Social Media!!!


SXSW became the perfect opportunity for these women from different parts of the country to bring their talents together and build on the relationships that are so important in our industry.  All three women are at different points in their careers, but know that bonding and finding common ground are what really matter.  All three are independent, female singer songwriters (who happen to play guitar) and all three have at least one album under their belt. Each of them believes strongly in the power of community.  Below are the reasons each gave as motivation for playing together BEFORE the performance even happened.
Rorie:  “I believe that the power of community is going to blast my career upwards in 2015 -- so building up my community here and getting my songs to new ears is my goal.”

Mary:  “SXSW has a vibrancy and energy - everyone is amped up - and I think it can be a meeting of the minds, and a great opportunity to exchange ideas and inspiration.”

Alex:  “I’m hoping to get to spend some time with my fellow GoGirls and meet some new folks who share my vision of music community.”

This sense of togetherness only continued as Rorie and I spent a good chunk of the day together working on her “Songs to Start a Fire” project and then met up with Alex later that evening.  Alex had a solo performance booked as a part of the Texas Indie Fest at a venue outside of Austin called the Red Shed Tavern. VERY cool place and all about the music.  The three of us were able to get together, enjoy some music and even share some Brussel sprouts from the food truck parked on site.  The way SXSW brings people together was illustrated once again at the Red Shed – one of my Instagram friends, Steven James was playing a set that night, too!  It was a wonderful opportunity to finally meet in person and spend some time with him and his band.  All because social media put us together at SXSW! (Steven and his band rocked – you should totally check out their new record coming out in early April – Baby LA) 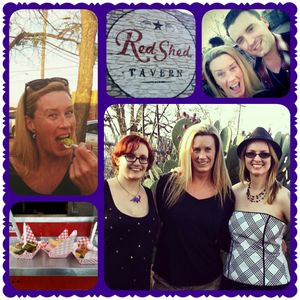 Our night under the twinkle lights at the Red Shed Tavern ended (Rorie and I made a pit stop at Jack in the Box because neither of us had ever been, so why not?! You know I'm all about the food!) and show day for the Ladybeast Trifecta was upon us!  Mary and her husband got to the venue first and started with the set up while Alex and Rorie helped build the buzz by logging into the early session of #ggchat, which generated several requests to stream the performance.  Being four tech savvy ladies (yes, that is sarcasm), we rigged Mary’s phone to Alex’s mic stand and set up the stream using Meerkat.  It ended up being trial and error because the viewers that tuned in were not seeing exactly the same thing that we were, but with the help of Twitter comments, we were able to adjust the view and at one point had 34 people watching! 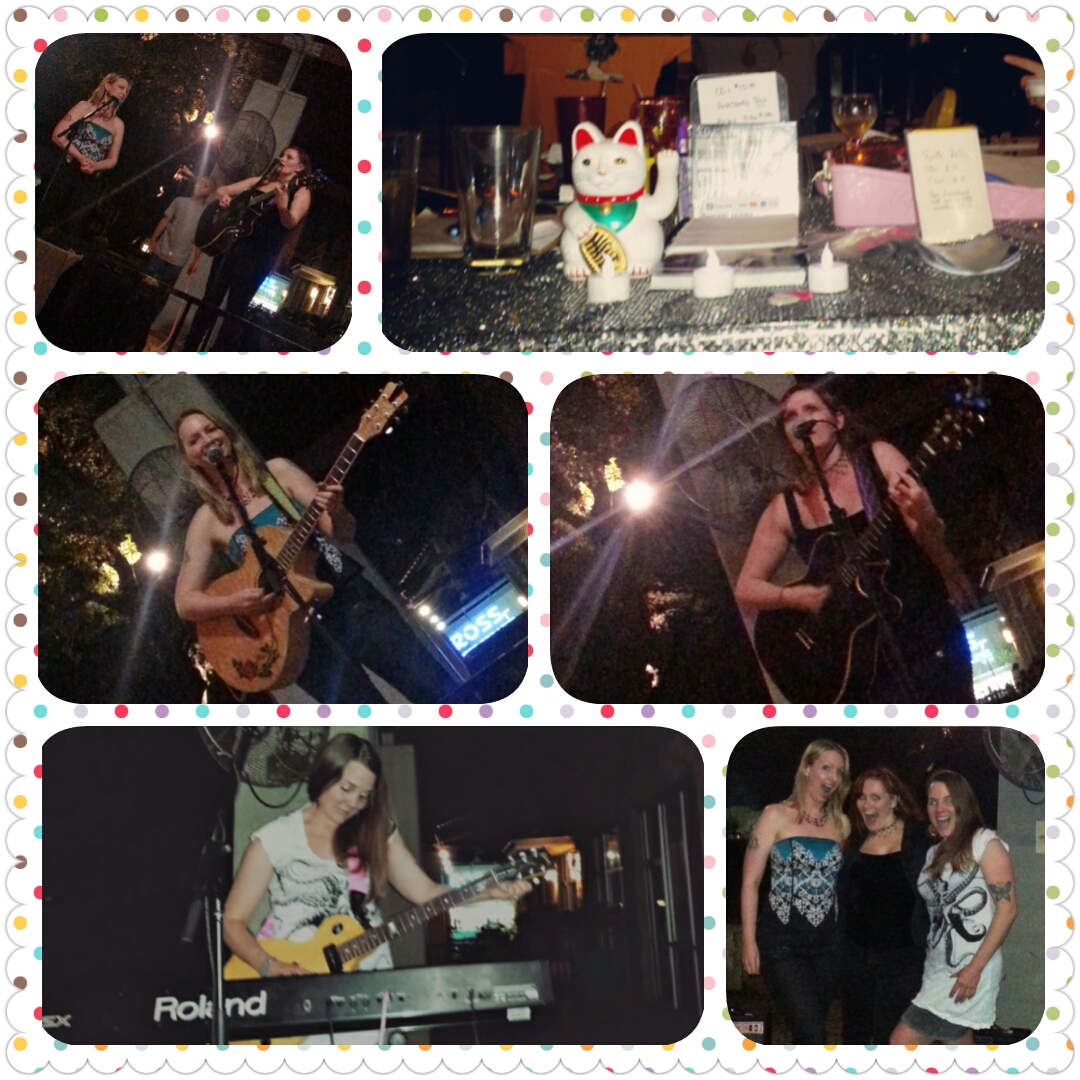 It was so cool to see all three ladies sharing their love of music and the sense of family that was created.  We set up a common merch table, complete with glitter table cloth and things just rolled from there.  Rorie started things off and Alex joined her to sing on “If You Teach a Bird to Sing.”  They each played an individual set, but the other two were always ready to hop on stage and chime in.  The response of the crowd (especially online) was so fun to see – and then, just like that – we were done and sitting around the table with each other, much like any family would.  As the “mom” of the bunch, I ended up in the “so, how was your day?” role.  This is what the ladies had to say AFTER playing together:

Rorie:  “…it was really special for me this year to get to connect with two other women doing just what I do. My theme for 2015 is #CommunityNotCompetition and this was a big example of how it works. By teaming up like this, we were able to make a bigger splash than any of us could alone.”

Mary:  “I am pleased to have connected in person and had time to hang out with my Twitter friends and fellow GoGirls Rorie, Alex and Stacey from RSP Entertainment.  Touring is so much about building relationships and making friends along the way (as well as rocking, of course!) and this solidified some ladybeast bonding for sure!”

Alex:  “Being a part of the Ladybeast Trifecta was pure awesomeness!  For me it was all about spending time with my fellow GoGirls.  I have been chatting with Rorie and Mary online for over a year now and getting to hear their voices and see them in the flesh was a real treat for me.  You know, when you chat with someone online you only get a little breadcrumb of people’s lives.  Rarely do you get the stories, the background; the things that brought them to where they are in life.  I enjoyed having the opportunity to get a better picture of what these girls are like in the wild.”

So there you have it – three women with a common goal of sharing their music and lifting people up by working together as a community.  The chance to meet up close and personal, learning about each other, performing during SXSW, sharing stories and forging relationships that continue to grow down the road. We’re all on this crazy rock together – why not make the most of it with good times, good tunes, good food and good friends? 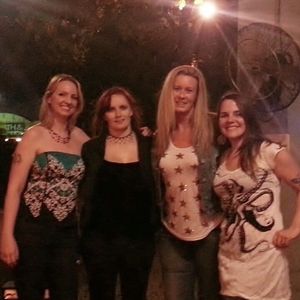